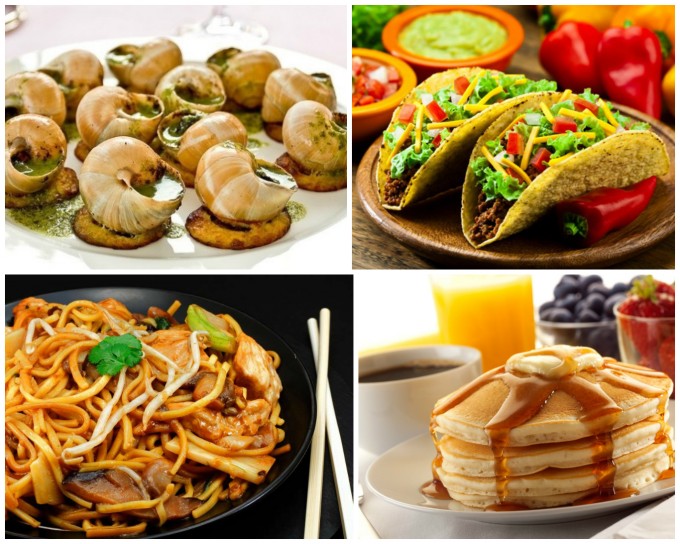 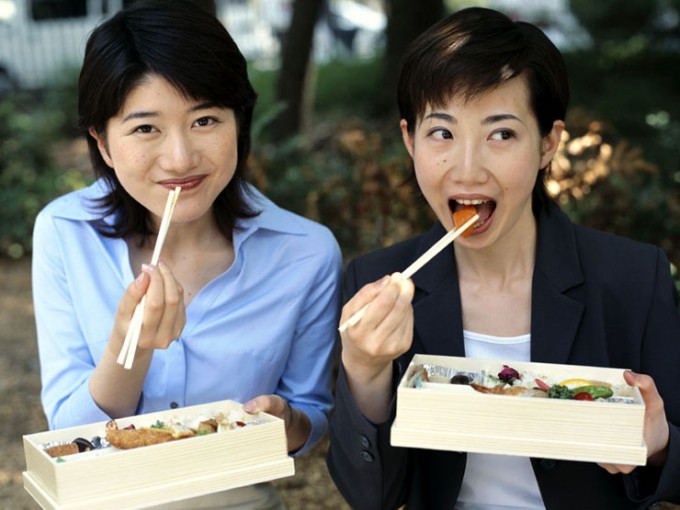 2.     Where does she usually have lunch and dinner?

4.     Does she eat or drink anything unhealthy? 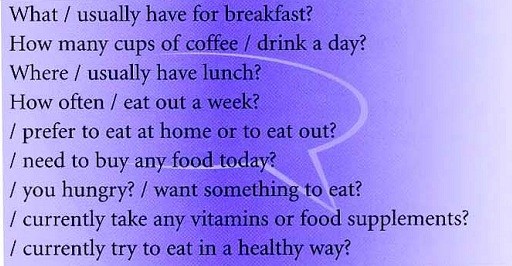 2) informal restaurants where you order lots of dishes which everyone shares and eats from the middle of the table?

3) something to eat which is like a cross between a pancake and a pizza?

4) people getting together at Sunday lunchtime to have a few bites to eat?

5) a restaurant which specializes in grilled chicken? 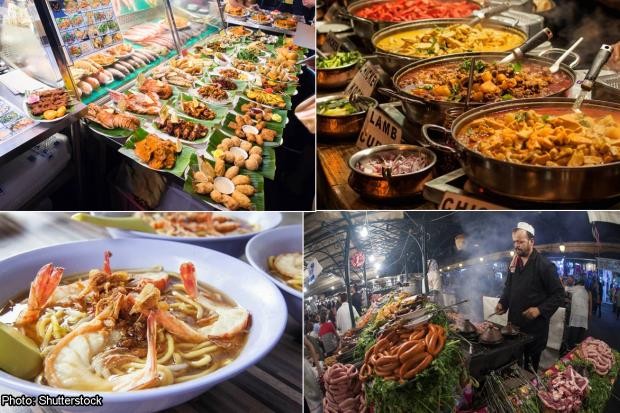 Listen again and complete the extracts.

1.     They've got the very famous sushi that everyone thinks about when they think of Japanese food, but they've got so much else to ____ .

Do you know any cities which are good for food?

What types of food are they best known for?

Which areas have good restaurants? 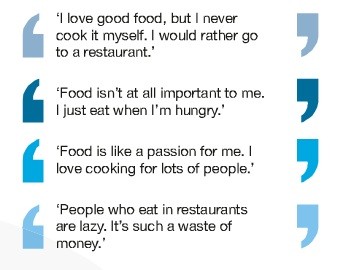 Thank you for the lesson!